Need a Fast Quote?
Need a fast quote?
Previous Next

How to Identify the Network Cable?

When we make a crystal head for a twisted pair, we will find that it is composed of two, four or eight insulated wires arranged in a regular spiral structure. A pair of wires can be used as a communication wire.

The purpose of the spiral arrangement of each wire pair in the twisted pair is to minimize the electromagnetic interference between each wire pair.

Unshielded twisted pair has no shield, and only consists of an outer protective layer and multiple twisted pairs, as shown in the figure below.

As early as the early 1990s, the TIA/EIA568 standard, the two standardization organizations of the American Telecommunications Association (TIA) and the Electronic Industries Association (EIA), specified the specification of twisted pair cables.

For Category 5 wire, it is also widely used in current local area networks, and its transmission rate can reach 100Mbit/s; for Category 5e wire, it usually uses high-quality copper wire with higher winding, which is used in the production process Advanced manufacturing processes can reduce crosstalk.

It can be seen that the quality of the network cable is one of the key factors in determining the LAN bandwidth.

If we want to distinguish them, we can identify them from the appearance characteristics and logos of the network cables.

Read my article on How to Choose Network Patch Lan Cord Cable?

In addition to looking at the quality of the copper core, we can also observe the manufacturing process level of the network cable.

For example, we can see the winding density and direction of the wire pairs inside the network cable.

We know that in order to reduce the interference of communication signals, each wire pair in the network cable is composed of two Insulated copper wires are wound with each other.

The winding density of all pairs in the network cable should be the same, and the winding direction should be counterclockwise.

Finally, we can also see that the network cable is not easy to bend, and the high-quality network cable should be bent naturally so that it is convenient for wiring; we can also see whether the outer sheath of the network cable is flame-retardant, in order to avoid the cable damage caused by high temperature or fire , the outermost layer of the twisted-pair cable should not only have good tensile properties, but also have flame retardancy. We can use a lighter to test it and know that the rubber will become soft when heated. Will not catch fire. 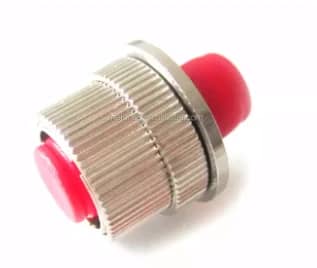